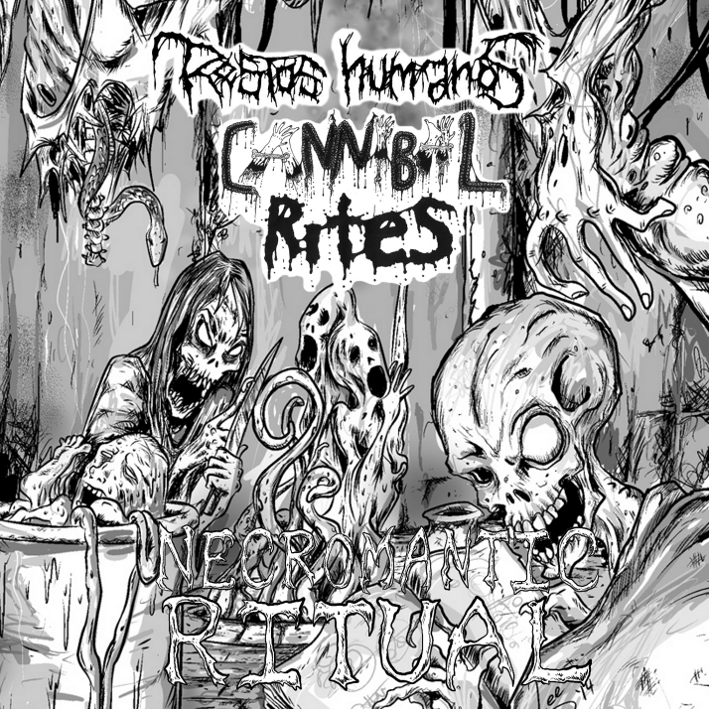 Yes guys, we're back ! For our first release after our hiatus, we decided to necromantically resurrect two hidden gems of the underground scene and forge them together, wrapped by a new, fantastic artwork by Lee Davis (https://www.facebook.com/leedaviscreations) !

The first 5 tracks comes from Cannibal Rites (US) demo: putrid, slimy Death Metal deeply influenced by early Death, Autopsy, Bolt Thrower, Obituary and Massacre. Be ready to be cannibalized !
Then, 5 more tracks from Restos Humanos (ITA) demo: 5 sonic grenades in the vein of Machetazo, Impetigo and Death Breath that will smash your head to a pulp !

This release is limited to 333 copies, in two different versions.
The first 33 copies comes in a very special package (pro-printed cover in DVD format with full artword and black CDR) and will be sold (no trades) exclusively by Eyes of the Dead prods. and the bands.
The following 300 copies comes in a slim CDR version with pro-printed cover, and are available for sale & trade, get in touch at : carcassamATgmailDOTcom